In July 2010, Wellington Integrated Dance (WIDance) held its first class. On Saturday 18 July 2020, WIDance held a relatively small gathering with members, their families and friends, and some other supporters, to celebrate its first decade of existence. We had planned to have a full show, but COVID-19 put a stop to that (thanks COVID-19 – not!) – practicing a few dance pieces on Zoom is one thing, but a full show really needs to be practiced in person.

Instead we just performed a couple of short dance pieces. Over lockdown, some WIDance members had continued to meet twice a week and have slightly shorter classes over Zoom, and dance pieces created during these classes were performed at the party. I hadn’t participated in the Zoom classes, because I had enough other Zoom meetings happening during lockdown and its immediate aftermath, but two of the pieces were easy to pick up quickly on the day (we had a short rehearsal an hour before the party started), and I just sat and watched the other one. It was interesting seeing our performing from the audience’s perspective instead of my usual performer’s point of view. 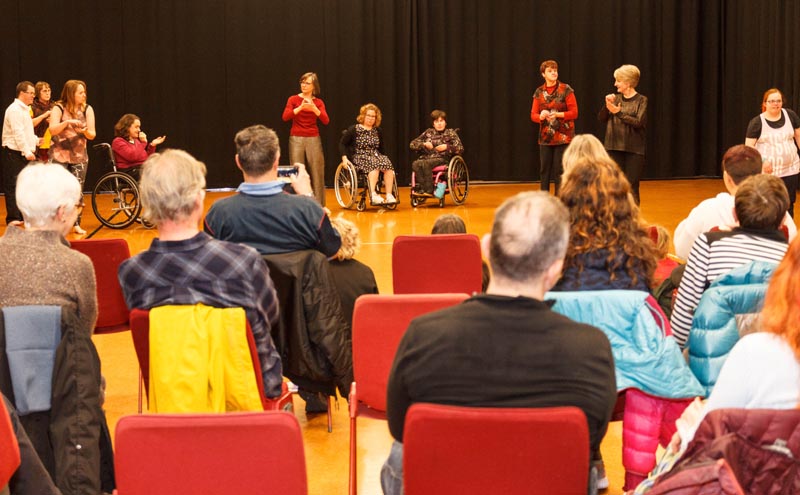 After the dance pieces, our tutor Sumara spoke, including introducing the new WIDance logo and trust. Next, a couple of other WIDance members gave brief speeches, after which Sumara handed out bouquets of flowers to key WIDance team members, and then Sumara was given a bouquet on behalf of our class.

After that, we chatted, ate, and looked at WIDance memorabilia, consisting of photos taken by our wonderful photographer Jenny McDonald, videos of various performances we’ve done over the years, and newspaper clippings that I’ve collected over the years. Thanks to all those who helped make the party happen, by providing food, helping set up and pack down, and everything else that went on behind the scenes. 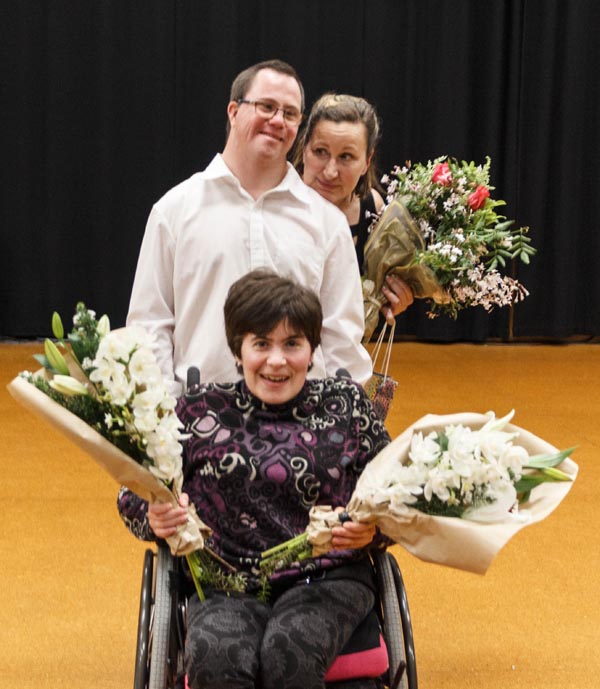 Although it wasn’t the big show we had planned to be doing to celebrate ten years of WIDance, I really appreciated the chance to get together, do some dancing, reminisce about where we’ve come from, and start talking about where we want to go in the future, and I hope everyone else enjoyed it as much as I did.

Thank you to everyone who has supported WIDance over the last ten years, and to everyone who continues to support WIDance – your support is very much appreciated, we could not do what we do without it, or you! Thanks to Sumara and the support tutors for everything you do during and outside of class – without all your hours of hard work, WIDance wouldn’t exist. Thank you to all WIDancers past and present - I’ve enjoyed getting to know each and every one of you, and I hope we’ll all still be dancing by the time WIDance’s 20th anniversary rolls around.

All going well, next year we’ll be having a big ‘ten-years-plus-one’ party to compensate for the big party we couldn’t have this year. Hope you’ll be able to join us, and here’s to the next ten years!

+ Text Size -
Do NOT follow this link or you will be banned from the server!